A Culinary Journey Through Greece 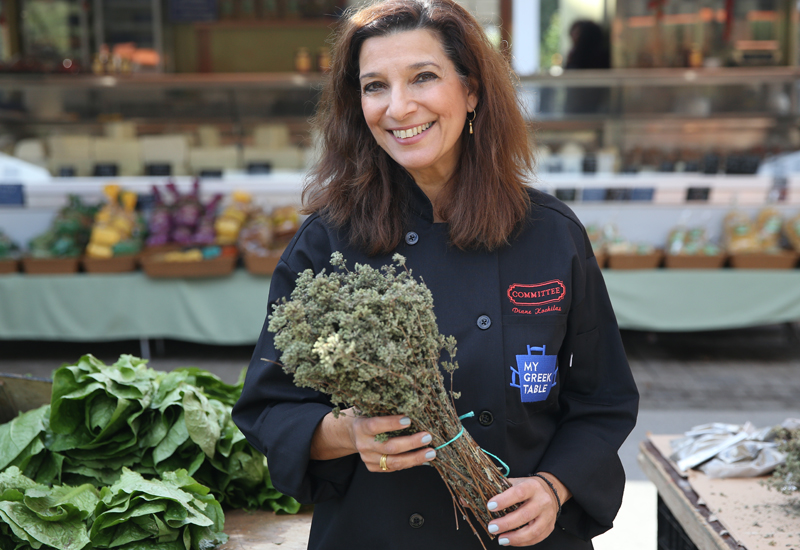 Join us for a very special event with celebrity Chef, Diane Kochilas. Vidrio will be hosting a Wine Dinner with Celebrity Chef, Author, and star of the PBS cooking series, My Greek Table.

Join us on a culinary journey alongside the internationally acclaimed chef, author and speaker as she joins the Vidrio culinary team in preparing a 4-course dinner with wine pairing featuring Monemvasia Winery. The dinner will showcase the flavors and honest ingredients of traditional Greek dishes and recipes from her popular PBS cooking series and cookbook, My Greek Table.

Cookbook and Dinner Package: $75 per person

Diane Kochilas is an award-winning cookbook author, television personality, consulting chef, teacher, and one of the world’s foremost authorities on Greek cuisine. Diane will be launching season 2 of her delectable cooking program My Greek Table with Diane Kochilas in January which will feature 13 episodes on the breathtaking natural beauty, fabulous food, easy, nutritious recipes, and the unmatched hospitality Greece is known for worldwide.

To sign up for information once tickets are available, and to receive information on upcoming wine dinners, tastings and events, sign up on our email list.